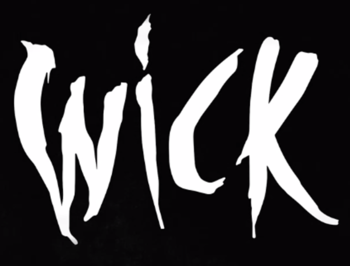 "Are you scared? You should be..."
Advertisement:

. The protagonist is dropped into the middle of a forest at midnight and must survive the night. Five ghosts attack the character throughout, each with unique behaviour. The character's only defense is to flee. The game is divided by the in-game hours which vary in length, and in which ghosts are active. The character has to continually replace their candles to stay in the light.

Local legends say that the Weaver family lived in the woods, but their house burned down. The bodies of the five children were never found. The townspeople took to leaving things (candles) in the woods in case the children were still alive. These candles would move in the night. People who came up to the woods to stay the night mysteriously disappeared. Thus, the game of wick was born with three rules: 1) Blindfold player & lock in forest; 2) Player gets candles & matches; 3) Survive until 6 am.

The five ghosts are Tim, Tom, Lillian, Caleb, and Benjamin Weaver, each with a unique behaviour and a unique strategy to avoid. There are drawings that spawn near the start area which explain how to deal with each child. There are three collectibles in each 'hour' which relate to the backstory of the family before the fire. The game style is a cross between Slender and Five Nights at Freddy's.

You can buy it now on Steam

. This game has nothing to do with John Wick. Or internal links on this wiki.