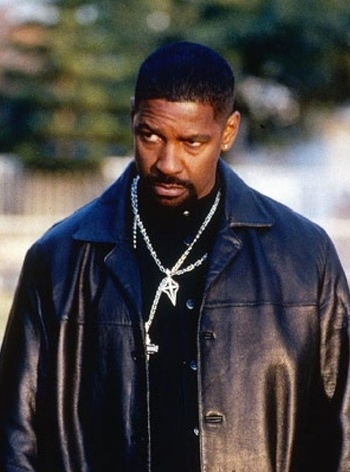 "You gotta be a wolf to catch a wolf."
Played By: Denzel Washington
"This shit's chess, it ain't checkers!"
Hoyt

Played By: Ethan Hawke
"What happened was murder...and armed robbery. Wait, we had badges, so it's different?"
Advertisement:
Sara