Main Character Index | Baltimore Police Department | Major Crimes Unit | Homicide Unit | Police Commanders | Western District | Baltimore Underworld | The Barksdale Organization | Omar and Associates | The Greeks | Stanfield Organization | New Day Co-Op | Courthouse | City Hall | The Baltimore Sun | Other Characters | Homeless People and Addicts | Baltimore Docks | The Next Generation
"We work murder cases here, as they come in, one at a fucking time. It's called a rotation. You're up till you catch one, then you step down, work it for a while someone else steps up. It's a simple but effective way to do business in a town that has 250 to 300 cases a year. But if someone gets it into his head to leave the rotation it puts an unfair burden on other detectives who have to pick up their casework. Overworked cops make mistakes. Mistakes lower the unit-wide clearance rate. And that can make someone who is otherwise as reasonable as me... [Unreasonable]"
— Major Rawls 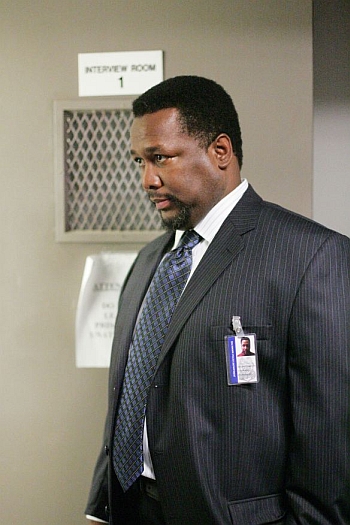 "You happy now, bitch?"
A man must have a code.

A highly competent detective in Homicide, Bunk has a dry sense of humor, is almost always dressed in pinstripes, and enjoys his cigars. He begins the series as McNulty's partner in the Homicide department, and even after McNulty is transferred elsewhere Bunk and McNulty often partner up to drink and cruise for women — in spite of the fact that Bunk is married. As a detective, Bunk is generally perfectly happy to work within the confines of the system in Homicide. In the fifth season, his tolerance for McNulty's cowboy antics is put to the test when McNulty fakes several serial murders, which puts a deep strain on their friendship. 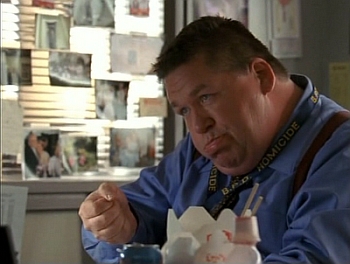 "No red on the board!"
It's all about self-preservation, Jimmy. Something you never learned.

Sergeant in Homicide who enjoys his pornography and food. Like Rawls, he has little patience for anything that threatens his squad's clearance rate, and spends much of his time belittling McNulty. While he appears aloof, he truly does care about his subordinates, and he demonstrates when he lobbies Rawls on McNulty's behalf (although this partially comes from Jay's desire to keep the clearances that Jimmy brings in) and when he gives wakes to fallen officers. 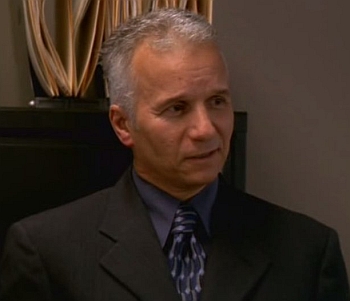 "Jesus Christ..."
Played by: Michael Salconi
No disrespect to your appendix, but if them terrorists do fuck up the Western, could anybody even tell?

A bumbling detective of the Homicide Unit, he is technically assigned to the MCU in Season 1 but rarely actually shows up there, with McNulty often covering for his absences. He was expected to be a mole for Rawls within the unit, but was unable to go through with spying on a fellow detective, particularly when Rawls makes it clear that he intends to get McNulty kicked off the force. Eventually Rawls presents him with an ultimatum: to either solve one of the many cases he has open, go through with being a spy, or get demoted out of Homicide. When McNulty and Bunk unknowingly help him solve the case he needs, he outright refuses to be a mole for Rawls and accepts a demotion to patrol. 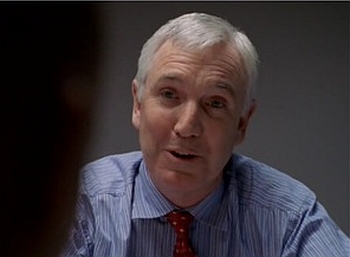 "Nobody ever thinks they are stupid. It's part of the stupidity."
Landsman: He wasn't the greatest detective and he wasn't the worst. He put down some good cases and he dogged a few bad ones. But, the motherfucker had his moments.

A veteran homicide detective of middling quality, he is often seen plugging away on various cases, albeit usually pursuing bad hunches. He dies suddenly off screen and the first of the various police wakes led by Landsman is held for him. 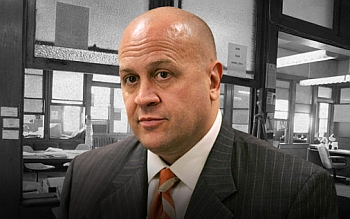 "Americans are a stupid people by and large. We pretty much believe everything we're told."
So our guy's dead because a bullet misses a bleach bottle and this fuck Carcetti gets to be the mayor behind the stupidity. I fucking love this town.

A long-time homicide detective, (Season 4 mentions he has 15 years on the force) he has a tendency to make pointed barbs and to bemoan the sorry state of Baltimore in general and the BPD in particular. 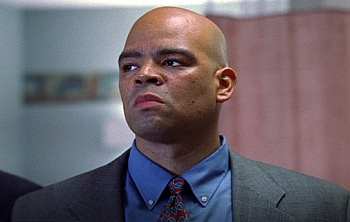 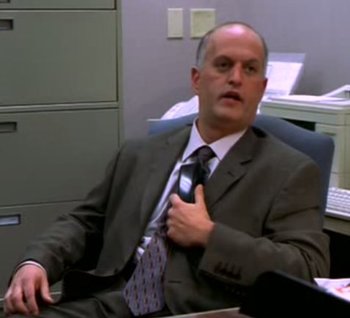 Played by: Michael Stone Forrest
Think I give a fuck? I'll be chalkin' you off one night.

A homicide detective. Primary investigator in the case of D'Angelo Barksdale, who beats the charges in the trial. 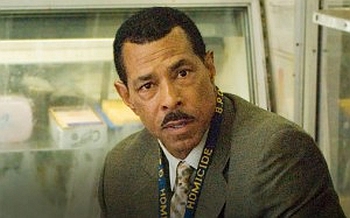 "Did he fuck you?"
Played by: Gregory L. Williams
You should've let me give him the years, he would've been better off.

Winona
Jimmy, where you been?

A recurring background character who maintains "The Board."

Christeson
Played by: Dennis Hill
What? He left and he came back?

A rookie homicide detective who comes aboard in Season 5. He is repeatedly frustrated by the havoc that Carcetti's budget cuts wreak on the department.