Once the cases the BPD brings in go to trial, they are in the capable - or not as the case may be - hands of the Baltimore City legal profession. The show focuses mainly on the State's Attorney's office in Baltimore, and their stable of prosecutors and grand jurors, as well as Judge Phelan, an old friend of McNulty's whose complaints to Burrell start the investigation into the Barksdale Organization in season 1. The prosecutors at the courthouse are generally portrayed as quite morally upstanding, especially for Baltimore, but sadly the same cannot be said of drug lawyer Maurice Levy, who commits violation after violation of just about every rule of lawyers' professional ethics. 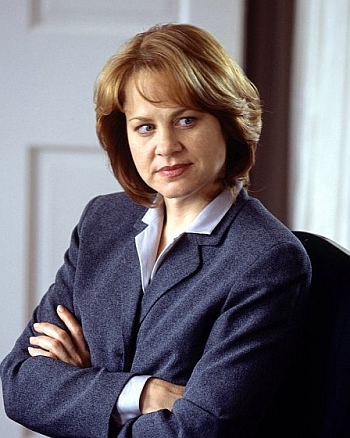 "The front office is going to go batshit!"

Your client walks away now, or the both of you don't walk at all.

Assistant State's Attorney. She handles the cases brought in by Daniels' department. Rhonda tries to walk a fine line between bringing in quality casework and protecting/advancing her own career, and a few times gets blindsided by Lester (and his tendency to issue subpoenas against politically connected individuals, like her boss) and Jimmy (who browbeats Maurice Levy in defiance of the professional deference that Rhonda wishes to show him). She had an affair with McNulty, which is part of what caused his marriage to end, though by the start of the series, the romance has cooled off. Later in the series, she starts a relationship with Cedric Daniels after he and his wife separate; the romance is still ongoing as of the series finale, in which Rhonda avoids being scapegoated for McNulty's plot and becomes a judge. 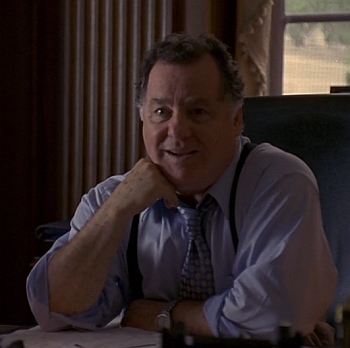 "See you at sentencing."

Mr. Hilton, are you the second coming of our savior?.

The judge who presides over D'Angelo Barksdale murder case. After a witness changes her statement, leading to a non-guilty verdict, Phelan summons McNulty to enquire about it, only to discover the Barksdales are not being investigated at all. The judge takes this very seriously and makes it a priority, opening a can of worms as the police chiefs are clueless. Grudgingly, the Major Crimes detail ensues to appease him and the media. 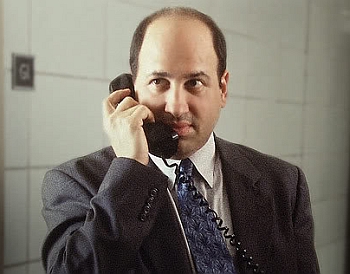 Maurice Levy: You are amoral, are you not? You are feeding off the violence and the despair of the drug trade. You are stealing from those who themselves are stealing the lifeblood from our city. You are a parasite who leeches off...
Omar Little: Just like you, man.
Maurice Levy: ...the culture of drugs. Excuse me? What?
Omar Little: I've got the shotgun, you've got the briefcase. It's all in the game though.

Drug lawyer for the Barksdale organization, and later, Marlo Stanfield. Very good at his job, getting cases scuttled and sentences reduced for his clients. Based on several real life Baltimore drug lawyers who happen to be Jewish. David Simon, himself Jewish, remarked he was not willing to pull a punch just to avoid a stereotype. 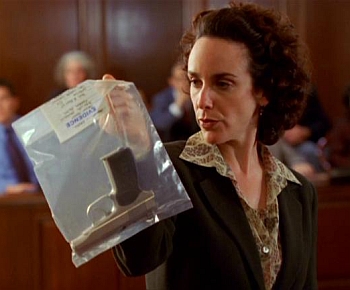 "What exactly do you do for a living, Mr. Little"

Imagine the mileage Maury Levy gets out of me putting that sociopath on the stand. Dress him up at least 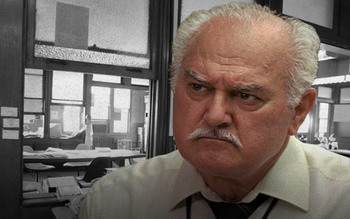 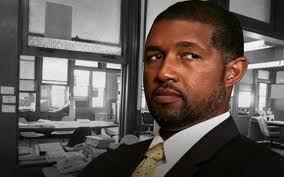 Played by: Dion Graham.
What the fuck just happened?

Candidate running for the office of Maryland State's Attorney, he is elected along with Tommy Carcetti in the 4th season. At first he proves a reasonable boss and less corrupt than his predecessors, however he overreaches when he tries to personally prosecute Clay Davis, and inadvertently blows the case, letting Clay Davis get away clean.