This page is for characters appearing primarily in the Original Sin Story for the Evillious Chronicles. 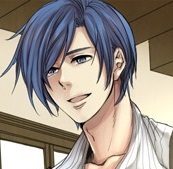 "To me project “Ma” is a heaven-sent chance"

The head scientist of the first Project 'Ma' before its failure, where he then married the first candidate, Eve, and they lived together in the Forest of Held. When Eve one day brought home two fruits she’d stolen from a bear, his reaction was one of shock.

[[caption-width-right:147:Click here to see him as the Master of the Graveyard's servant. quoteright:164: 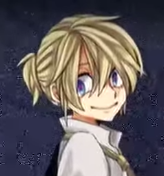 "Hey father, praise me, I defeated the witch's henchman."

The male of a pair of twins that Eve stole from their mother. When their adopted parents left him and his sister to die in the forest, he helps her find their way back and kill the "wicked witch" and her "henchman." At some point after their death, he and Gretel reincarnate continuously until the end times.

[[caption-width-right:147:Click here to see her as the Master of the Graveyard's servant. quoteright:164: 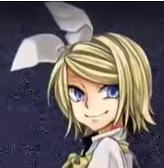 "Hey mother, praise me, I defeated the wicked witch"

The female of a pair of twins that Eve stole from their mother. When their adopted parents left her and her brother to die in the forest, she helps him find their way back and kill the "wicked witch" and her "henchman." At some point after their death, she and Hansel reincarnate continuously until the end times.

Adam's mother and Prophet Merry-Go-Round, the previous ruler of Magic Kingdom Levianta before Project 'Ma'. She begins everything by prophesying the destruction of the kingdom from the Dark Legacy, "Sin". 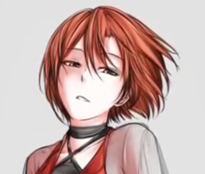 "And then, people called me a witch"

The second candidate for Project 'Ma'. Originally a witch who joined a terrorist organization and was arrested; after being saved from execution by a scientist named Seth Twiright, she assists him in his experiment and gives birth to Hansel and Gretel. 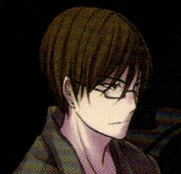 Meta's lover before her recruitment into Project 'Ma' and the head of the criminal organization Apocalypse, an HER fanatically followed by many in Levianta. 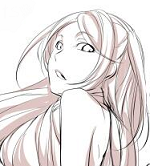 "A prostitute drowned in eroticism"

A prostitute who was chosen as one of the four candidates for the seventh Project 'Ma', as well as a former lover of Pale. 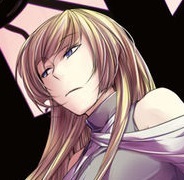 A priestess with the talent to cure HER and the fiancee of one of her patients, Kiril Clockworker. She ends up becoming one of the candidates for Project Ma, and is subsequently killed by her sister in law, Irina.

"Oh Elluka. What should I do?"

Called simply "The Clockworker", an artisan well loved for his music boxes. He was the fiancé of Elluka and the older brother of Irina, loving them very much and supportive of their being chosen for Project 'Ma.' After things go south, so does this mental health.

One of the commanding members of the Senate's security forces and a member of the Loop Octopus Family. He's plotting to rebel against the Senate and as such, assists Adam in his plans.

"A noblewoman haughty with arrogance"

An aristocrat who was chosen as one of the four candidates for the seventh Project 'Ma'.