This page is for characters that have prominence throughout the Evillious Chronicles and can't be constrained to a single series. WARNING! These are characters whose influence spans through many arcs in the series, thus there are unmarked spoilers for several individual arcs. Read at your own risk. 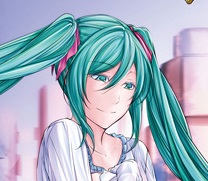 "These warm, tender fruits, I want to keep them no matter what."

The source of the Demons of Sin, a woman was the first candidate for Project 'Ma' who, after failing the project, married its head scientist and lived in the Forest of Held. One day she found a pair of red fruit in the woods and took them, soon after being chased by a bear. 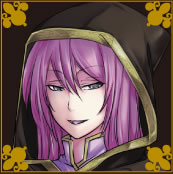 to see Elluka as Hanne Lorre.

"I'll do it as long as it keeps me entertained. I have unlimited time anyway"
See also: Levia Barisol

A reoccurring character throughout the Chronicles and at times the Point of View character in the novels or short-stories. She’s a crafty, immortal sorceress capable of powerful magic. She is granted the task of retrieving the Seven Deadly Sins by the Tree of Held, though she only does so to stave off boredom. In Original Sin Story, she was one of the candidates for the seventh Project 'Ma' along with her sister-in-law Irina. Or rather, as was revealed in Fifth Pierrot, she's an amnesiac Levia having taken on Elluka's identity due to being "reborn" into her body and taking on her memories.

During the events of Gift From The Princess Who Brought Sleep, she masqueraded during an investigation into the Toragay deaths as Hanne Lorre, a deceased niece of Shaw Freezis. By the end of the novel she resumes her real identity. 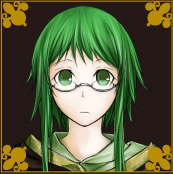 to see Gumillia as Master of the Hellish Yard.

"I have also decided. If Michaela wants to stay as a human, then I also don't want to revert back into being a spirit."

Elluka's apprentice and another spirit of Held, she and Michaela are close friends. When asked to choose a human body she chooses one that resembles Gumina Glassred's and acts as Elluka's partner, following her at all times. She is strict and serious in contrast to her master.

During the events of Gift From The Princess Who Brought Sleep, she pretended to be one of Shaw Freezis' deceased nieces, Heidemarie Lorre, using her position as a World Police officer to search for the kidnapped Rin-Chan. She resumes her real identity by the end of the novel. 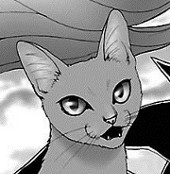 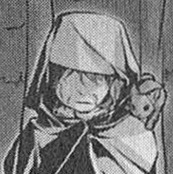 to see Irina as Julia.

Elluka's sister-in-law during the Original Sin Story and Kiril Clockworker's little sister. Following the Levianta Catastrophe she becomes the primary antagonist of the Evillious Chronicles, assuming different forms and names through each arc.

As IR, she aided Venomania in the abduction of his harem and usage of his demonic powers, alternating between her cat form and her then-medium, a young Netsuma girl.

As AB-CIR, she took on a male underling as her host and pretended to be the mage who had defeated IR. She attended upon Muzuri Conchita when his family fell victim to the Gula disease in order to obtain the vessel in his possession. Later she had Carlos Marlon sent to the Conchita mansion to spy on Banica.

As Abyss IR she served Prim Marlon, both aiding her in her usage of the vessels of sin in her political schemes and experimenting on Prim's daughter Ney to make her a more perfect assassin (as well as enhance her own knowledge of the demons).

As Julia she had taken as her host Germaine Avadonia, and became a wealthy politician publicly, and behind the scenes becoming the leader of a criminal organization.

"I wonder, should I say 'Pleased to meet you?' Or 'Welcome back?' Either one is fine, I guess."

A mysterious and playful, although morally ambiguous, long-lived sorceress. A playwright in the United State of Evillious who once associated with Gallerian Marlon, she urged him to gather the vessels of sin and continues to do so after his death. She has the body of Kayo Sudou and goes by that name in certain circumstances, having obtained it from her in the course of the Envy arc. She's also Nemesis Sudou's mother. 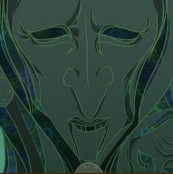 "We gods were negligent in our efforts."

The guardian of the Millennium-Tree forest, one of the gods of Evillious and a friend of Elluka. He sends her on her quest to gather the Seven Deadly Sins and gives her advice throughout the different story arcs. He is also responsible for creating the forest spirits such as Michaela and Gumillia. 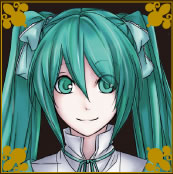 "To me, you are a wonderful person."

A peasant girl from Elphegort. She's actually a spirit of Held who witnessed the Original Sin occur, and is fascinated by humanity. She gained her body from Elluka with the appearance of Eve Moonlit and becomes human herself; her death (and everything surrounding it) pushes the Lucifenia Revolution to happen. After death she becomes the new Millenium Tree. 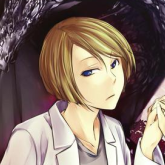 One of the twin Dragon Gods who are worshiped by the majority of Evillious in the series. The sister of the twin pair. 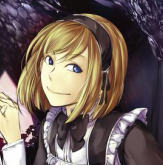 One of the twin Dragon Gods who are worshiped by the majority of Evillious in the series. The brother of the twin pair.

A fourth god of the Bolganio continent, appearing in the short story Heavenly Yard. He's shown to be friends with Held, and previously Levia-Behemo.

The Moon Goddess and fifth god of the Bolganio continent. She is mentioned in the Seven Crimes and Punishments short story.

"Give over everything to me."

The Demons of Sin that were released from Eve Moonlit's dead body after her death and spread throughout Evillious. At one point or another they were placed in physical vessels to be more easily controlled, and have been the instigators of many horrible events in Evillious. They're known for possessing susceptible individuals and warping them to act out their respective sins.

Seth Twiright/Ziz-san, The Demon of Wrath 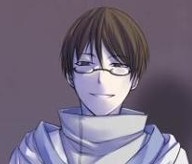 "I must look for the next Ma for the sake of granting my ambition."

A scientist who become the director of Project 'Ma' after the first project fails, who has a hidden past of human experimentation unknown to most people. He saves Meta Salmhofer from execution, after which she assists him in his experiment.

In truth, however, he isn't human at all—he's one of the god-kin that became a demon after Levia's rebellion, becoming the Demon of Wrath trapped inside Grim the End, the golden key. His true form is apparently that of a living mask.

At the end of Fifth Pierrot, he and Gumillia forge a partnership to become Master of the Hellish Yard.

During the events of The Muzzle Of Nemesis he uses his vessel's shapeshifting powers to pretend to be an octopus, Nemesis' pet "Ziz-san", before finally revealing to her his true nature as a demon and spurring her on to commit her vengeance.

Gilles Derais, The Demon of Lust

"That's right. This is the right choice."

The demon that dwells in the Venom Sword; it represents the sin of Lust and entices contractors to carry out its respective sin. Its most notable contractor is Sateriasis Venomania, but it has a large amount of influence throughout the series.

Vlad Tuberci, The Demon of Gluttony

"Take away food from you, and what's that leave?"

The Demon that dwells in the Glass of Conchita; it represents the sin of Gluttony and entices contractors to carry out its respective sin. Its most notable contractor is Banica Conchita.

Marie Annette, The Demon of Pride

The Demon that dwells in the Four Mirrors of Lucifenia; it represents the sin of Pride and entices contractors to carry out its respective sin. Its most notable host is Riliane Lucifen d’Autriche. During the Second Period, she was a historian and the youngest person on the crew that set out to make the Third Period.

Rahab Barisol, The Demon of Envy

The Demon that dwells in the Twin Swords of Levianta and later Kayo's Scissors; it represents the sin of Envy and entices contractors to carry out its respective sin.

Salem Dunbar, The Demon of Greed

The Demon that dwells in the Marlon Spoon; it represents the sin of Greed and entices contractors to carry out its respective sin.

Xenos Jaakko's grandson. A historian who meets with Elluka Clockworker and writes about the sin vessels as a result of her knowledge. His texts are known even hundreds of years after they're published and are scoffed at by the public.

"The one who pressed the switch, it wasn't me!" 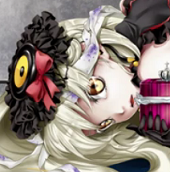 A young girl with Hereditary Evil Raiser Syndrome, a bizarre condition that gives her a murderous split personality.

"In the name of our great righteousness!"

The protagonists of the Freezis Fairy Tale "Red Shoe Parade". They're a quartet of vigilantes loudly declaring a cause of great righteousness, though it becomes clear that this claim is questionable at best.

"This is my and your love romance"

The protagonist of the Freezis Fairy Tale "The Frog and My Love Romance", a snake who falls in love with a frog.

The protagonist of the song "Ten Minute Love". In the song she has a crush on a boy that rides the same bus as her, but is too shy to talk to him. As a result, the song just has her singing about how she feels about him before she has to get off at her stop.