This page is for characters appearing primarily in the Clockwork Lullaby Series for the Evillious Chronicles. 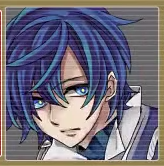 "How long will we continue this farce? There is nothing beyond that."

The awakened Vessel of Greed, and the second guardian of Evils Theater. He is referred as the "Soul of Adam" by the Master of the Graveyard.

Master of the Court 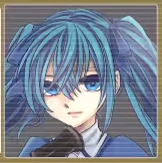 "Tell me, my father, am I right to make these choices? How is the heartless me supposed to understand?"

Also referred to as the Miniature Garden Girl, Gallerian's "daughter," or so he thinks, inhabiting the Clockworker's Doll following the death of his real daughter. Although she knows her name isn't Michelle, she doesn't dare tell Gallerian her real name out of fear that he'll stop loving her. After he's killed, she later takes up "his role" sentencing intruders to death in Evils Theater.

Master of the Graveyard

"Whatever, just take your time. The end result will be the same. I will eat you to your last bone."

The awakened vessel of Gluttony and the new incarnation of Banica Conchita. She guards the graveyard around Evils Theater, killing and devouring anyone who dares to enter. For more information, see Evil Food Eater Conchita.

"Honor and praise our great master"

The Master of the Graveyard's...well, servants. They are fanatically loyal to her and like her were born from the Glass of Conchita. For more information on them, see Evillious Chronicles Original Sin Story.

Represented by: Kagamine Rin and Len 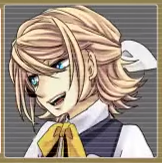 "I only wanted someone for chores"
See: The Greed And Wrath Arc

Seemingly the awakened vessel of Pride. She is the theater's waiter, but doesn't like that job and wants a new one. 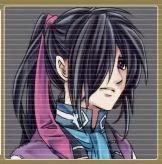 A descendant of Duke Venomania. He has a curse on his body due to his bloodline, and as such sought to undo it with the Venom Sword. He is captured and almost executed by the Master of the Court, but the Waiter saves him and makes him work for her as a gardener. 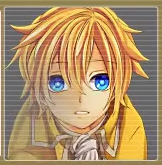 A mysterious boy who dwells within the Master of the Court’s womb.

A girl born to the Clockworker's Doll shortly before the end of the world alongside Irregular/Adam. She fuses with the soul of Eve Moonlit and obtains a will in the process.

Master of the Heavenly Yard

The last of the "Final Four" Masters, who holds dominion over the "Heavenly Yard". He's shown to, visually at least, have a connection to Allen Avadonia.

"As always, teach me the words"

The narrator of the songs "Clockwork Lullaby," "Wordplay," and "Full Moon Laboratory." Her exact nature and connection to the rest of the series is unknown.