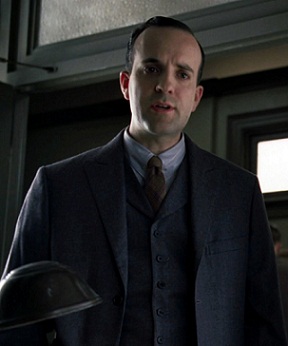 "You can trust me, goddamit!" 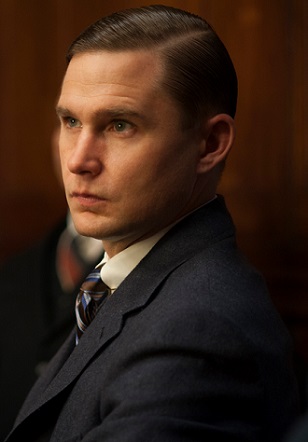 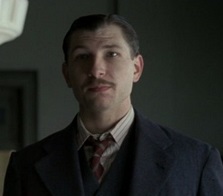 "I have not been paid yet."
One of two agents that are assigned to work under Van Alden in Season 2, following Sebso's demise. He is of Polish descent.
Clarkson 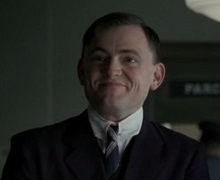 "We are prohees, Stan. We are going to make an arrest."
The second agent assigned to work under Van Alden and Sawicki's partner.
Mike Malone / Mike D'Angelo

One of Eliot Ness' agents, acting as a mole in Al Capone's organization where he has become a well respected and high-ranking member of Capone's inner circle.

A Chicago Treasury agent who has publicly declared that he will bring down Al Capone. 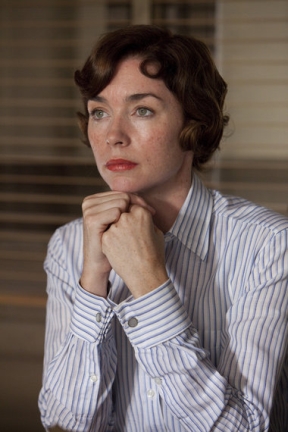 "I run naked through the pages of the U.S. criminal code."
The Assistant US Attorney assigned to prosecute Nucky for election rigging, embezzling, murder and bootlegging. Unlike her predecessor, who was on the take, she represents a challenge to Nucky because of her professionalism and the fact that she can't be bought by the usual means since she is a teetotaler and a woman. During her stance in Atlantic City she is also assigned the same room where Van Alden has his office, causing conflict with him.
J. Edgar Hoover 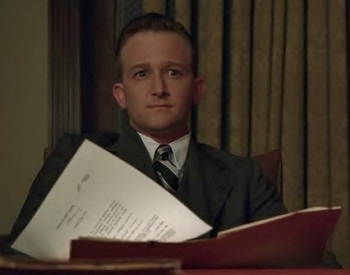 "I think it’s time, considering the respect the position deserves, you begin referring to me as Director Hoover."

A rising federal star who serves as Acting Director of the Bureau of Investigation. 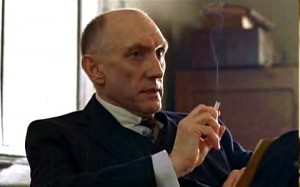 "You are a Prohibition agent, not Bulldog Drummond!"
Van Alden's superior while he is still in the BIR.