Webcomic / The Night the Magic Died 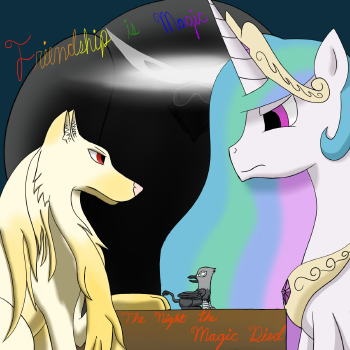 Set after the events of Season 2, a wizard from the Gryphon Kingdom named Garret crashes in front of Princesses Celestia and Luna, claiming he is being hunted by an evil wolf demon he himself had brought into their world. The Element bearers are more than willing to protect him from any vile beast that hunts him—but when they meet the wolf, Arofa Nahmat, she claims that Garret is the true monster, named Gralo. Tensions rise and misunderstandings pile up as both sides show they may not be what the other says they are.

Tropes present in this comic include: