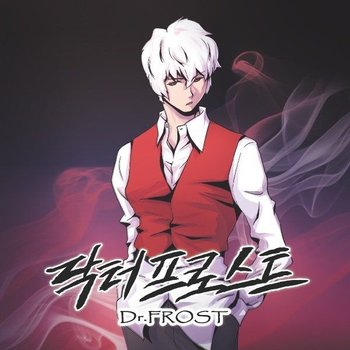 Dr. Frost is a Korean Webtoon created by JongBeom Lee in 2011. It is a psychological drama following Dr. Frost, a genius psychologist who can't feel certain emotions such as sympathy or affection, but uses his research and previous case studies to solve psychological problems and give counseling.

However, it's when his mentor, Professor Chun, invites him to work at the counseling center at Yonggang University do things truly start to happen. Along with a counseling T.A named Seonga Yoon, he counsels clients, figuring out what their problems are, the roots of the problem, and how to help them.

The English translation can be found here

. There was a hiatus between April 2017 (end of season 2) and November 2020 (beginning of season 3), but the comic has resumed production. The Korean version on Naver only has the third and fourth seasons available for free, as the first two seasons are now pay to view. But you can find them here