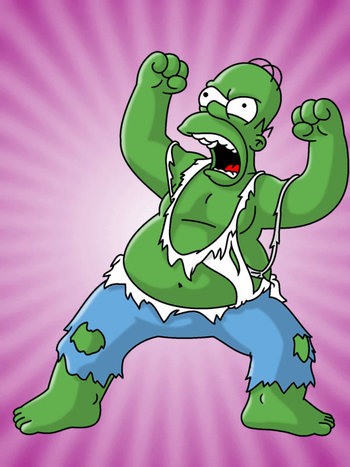 After being inspired by a cartoonist during Career Day at Springfield Elementary, Bart creates an Internet cartoon based on Homer's anger problems called Angry Dad. Meanwhile, the Comic Book Guy has his hands full when Marvel Comics legend Stan Lee begins harassing him and scaring off his customers.