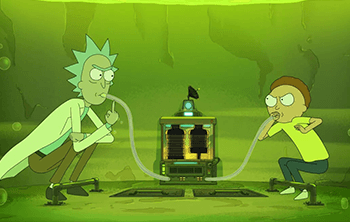 After being disappointed with Rick's invention of fake acid, Morty demands Rick to make an invention that lets him reload his actions.