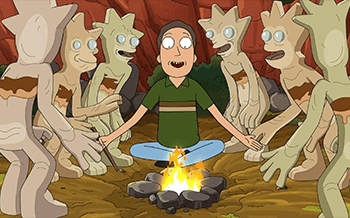 A camping trip is interrupted when a former conquest of Rick's contacts him informing him that she's pregnant...and also a living planet.