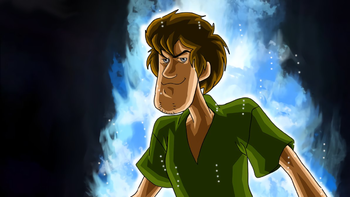 If he starts using 2% of his full power, run like hell.
Memes from Scooby-Doo.