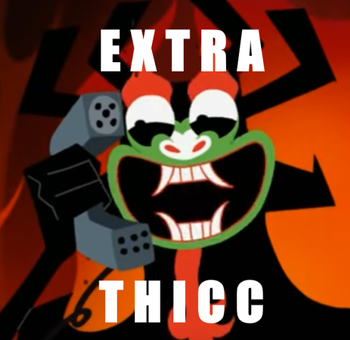 And this doesn't even cover half of what Aku says.
Seasons 1-4
Advertisement:
Season 5
It seems like Genndy went an extra mile to make every scene of Season 5 as memorable as possible. With the addition of thousands of hyped fans over the Internet, every episode produces something that gets shared a lot.Video Games