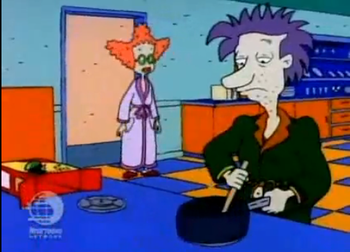 "Stu, what are you doing?"
"Editing TV Tropes."
"It's 4 o'clock in the morning. Why on Earth are you editing TV Tropes?"
"Because I've lost control of my life."
Advertisement:

Grandpa Lou: Back In My Day, we had to walk fif-teen miles just to enjoy some memes!