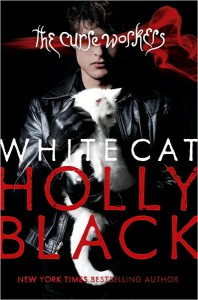 A series of YA novels by Holly Black. It includes White Catnote loosely based off the fairy tale "The White Cat"

, Red Glove and Black Heart. The audio book of White Cat is read by Jesse Eisenberg.