Literature / Dance of the Butterfly 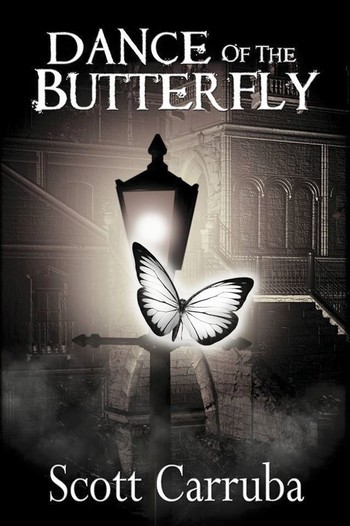 Dance of the Butterfly is the first novel in an Urban Fantasy series by Scott Carruba. Published in 2016, the story is largely set in Central Europe, focusing on a contemporary cosmopolitan city beset with serial murder and rampant human trafficking. A masked vigilante works to stop this but is unaware of larger and more insidious forces coalescing unto the city. Two powerful families also converge on the city, their agendas being the acquisition of a rare and powerful book. Though sharing a common enemy, the two families form a long-standing rivalry due to their methods and ultimate goals. Lilja, a young librarian charged with protecting the book, finds herself suddenly ensconced in this dark, strange world. Originally from Finland, she has her own reason for why she left her home, but she finds the city to be anything but a haven from dangers and secrets.

The second book, Sword of the Butterfly was published in 2017. The third book is coming soon.

Dance of the Butterfly contains examples of: