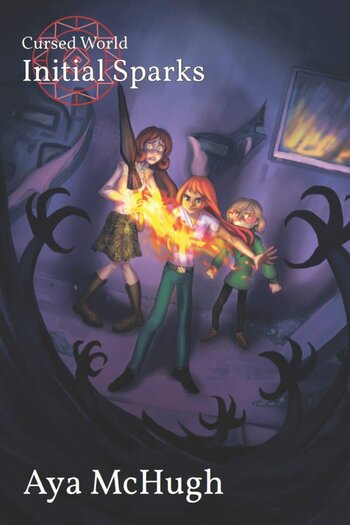 Cursed World is an Urban Fantasy series by Aya McHugh starring Rei Scios, a semi-openly bisexual gamer girl on the cusp of her eighteenth birthday who discovers that she has powers of fire and shortly afterward finds herself in a life or death world of intrigue and secrets... Including some that are closer to home than she thinks.
Advertisement:

The first book, Initial Sparks, was published on Amazon on June 10th, 2020. Not related to the five book series of the same name by Stephanie Foxe.