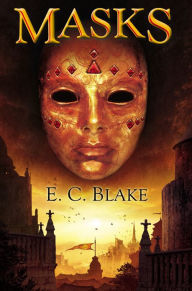 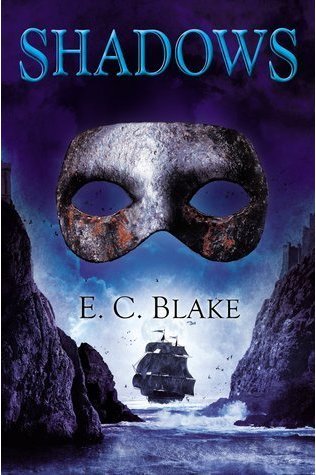 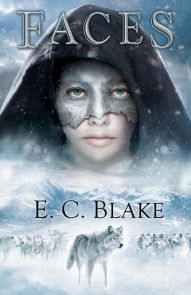 Masks of Aygrima is a trilogy of young adult fantasy novels written by E.C. Blake. The Trilogy consists of Masks (2013), Shadows (2014), and Faces (2015). They take place in a kingdom called Aygrima which is ruled by an Autarch who requires all people over 15 to wear masks that reflect their jobs. In this world some people (known as gifted) have the ability to see and use magic which has many uses indicated by it's color. The main character is a young girl named Mara Holdfast who, unlike all other known people can see and use all kinds of magic. On her 15th birthday when she is masked the mask shatters and she is sent off to a large slave mine. On the way her wagon is destroyed and she and the other passengers are taken to The Secret City, home of The Unmasked Army, a group of rebels who wish to overthrow the Autarch.

Compare to Utopia 58, a similar dystopian story in which citizens are forced to wear masks, but more post-apocalyptic.

"So much had happened in so little time..."