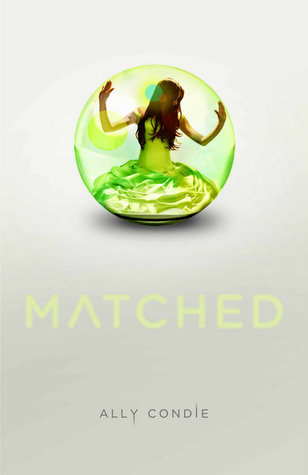 A dystopian trilogy (Matched, Crossed, and Reached) by Ally Condie, started in 2010 and concluded in 2012.
Advertisement:

In The Society, everything is figured out based on statistics. What you eat. Which job you'll do best at. Who your optimum partner for marriage and children is. The Society has even determined the best age for people to die at.

Cassia has always trusted their judgment. A little loss of freedom is a small price to pay for a long life, the perfect job, and the ideal mate. She's delighted during her Matching Ceremony when it's her childhood best friend, Xander, who appears on screen. But another face flashes on screen for a second, casting Cassia in uncertainty. Now she's beginning to question the perfect life she was once so content to live, and the powers that decided it for her.