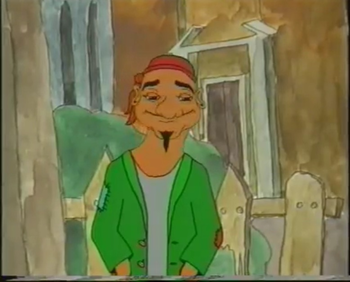 "What the hell is that, Barbapapa's missing son or something?!"
Advertisement:
open/close all folders
Overall
Aladin
Anastasia
Animal Soccer World
Advertisement:
Balto
Countryside Bears
Dinosaur Adventure
The Hunchback of Notre Dame
Lion and the King / Son of the Lion King
Advertisement:
Lord of the Jungle
Musicians of Bremen
Nice Cats
Pocahontas
Prince of Egypt
Wabuu
Other