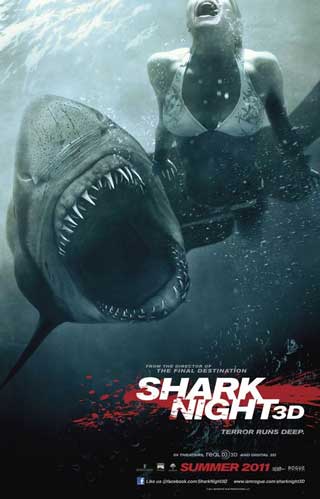 Shark Night is a 2011 3D action horror film from the director of Snakes on a Plane starring Sara Paxton, Dustin Milligan, Joel David Moore, and Donal Logue and released by Relativity Media and Rogue Pictures.

The story revolves around seven college friends from Tulane University who spend a weekend at a lake house in Louisiana’s Gulf area. When their vacation quickly becomes a nightmare of shark attacks, they soon discover that the sharks are part of a sick, greedy plan on the part of several locals.

Could also be titled "Sharks in a Lake".

The film invokes the following tropes: