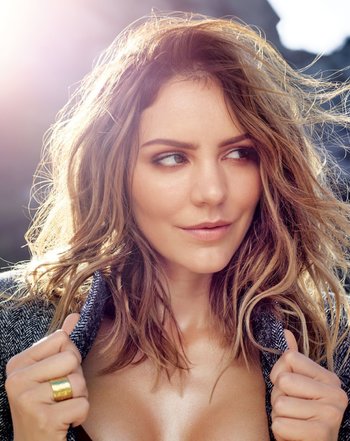 She's most famous for being a Runner-up during the fifth season of American Idol and starring on the TV series Smash and Scorpion.