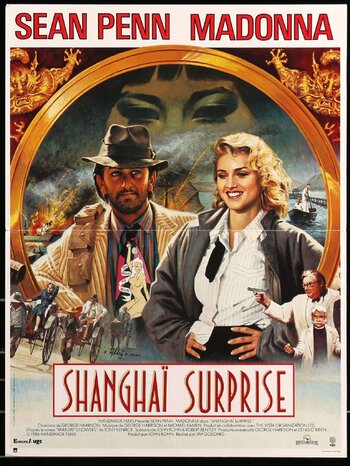 A 1986 British-American adventure comedy directed by Jim Goddard that has a missionary (Madonna) hiring a fortune hunter (Sean Penn) to help her find opium for the wounded and adventure and romance ensues.