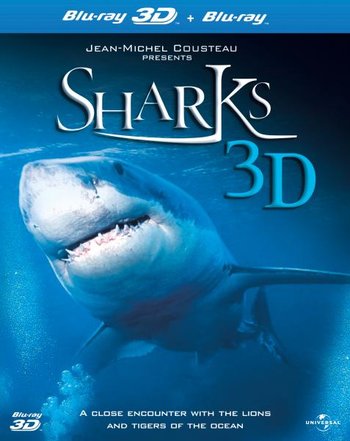 Sharks 3D is a 2004 documentary IMAX movie directed by Jean-Jacques Mantello, who had been directing many other 3D documentary movies. As the title suggests, the film follows the sharks and all the other creatures of the ocean as the sharks interact with them. Narrating the entire encounter with the various sharks is a turtle (yes, you read that right) as if the story were told through the perspective of a turtle. The turtle follows around the various sharks and comments on them.