Spoilers for Kingdom Hearts III will be left unmarked. You Have Been Warned! 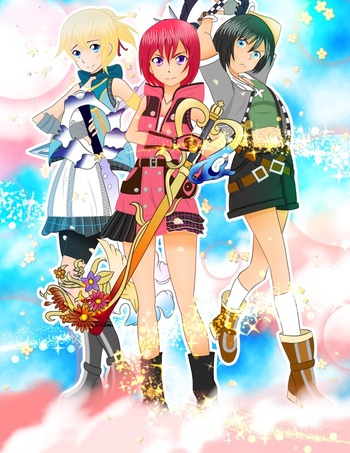 . It is a direct follow-up to the events of Kingdom Hearts III that depicts Kairi's first full-fledged adventure throughout the worlds in her quest to reunite with Sora.

One year after Xehanort's defeat, Kairi awakens from her slumber without answers and guilt-ridden over Sora's sacrifice for her. Finding a piece of her shattered lucky charm, Kairi believes she's discovered a way to bring Sora home. Together with Xion and Naminé, the three embark on a journey to find the missing pieces while Kairi faces her worst enemy; herself.