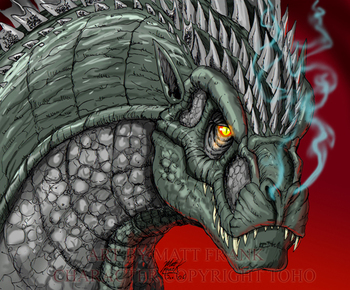 King of the Monsters Back in Action
Advertisement:

is a series of art illustrations created by Kaiju Samurai, real name: Matt Frank. Each illustration is provided a story and intended to merge all the movies created by Toho into a single coherent universe.