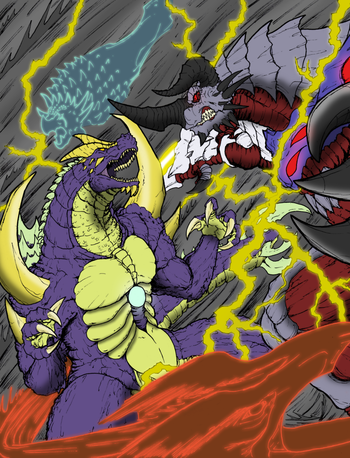 A battle between Gods