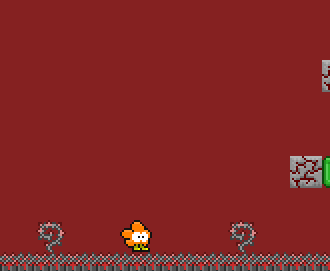 What would happen if H. P. Lovecraft worked for Nintendo?

A Puzzle Platformer where the hero has the ability to warp the very fabric of reality, but only at certain points.

As the journey goes on, the world around you falls apart, and nameless horrors emerge.

At the end of this journey, there will be nothing but darkness... just the way you like it.

"NOT INDICATED FOR CHILDREN OR THOSE OF A NERVOUS DISPOSITION."
— The author
Advertisement:

This nightmare possesses examples of: