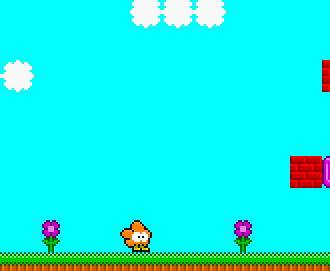 READY!
A Freeware Puzzle/Platformer, with a little protagonist in a super colorful world!
Advertisement:

Use your ability to "evert" to reach the end, and get as many gems as possible! Strongly recommended for people who want a memorable gaming experience!

. And now, you can get the High Definition version on Humble Bundle

There's a princess that needs saving. Get to it!

Now there's even a Level Editor

"Discover the rest as the game progresses."
— The author
Keep the spoiler-laden examples on Eversion, please!
Advertisement: