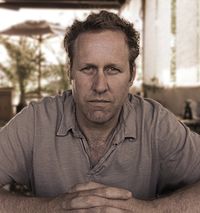 Roger Roberts Avary (born August 23, 1965) is a Canadian screenwriter and director whose career is almost entirely overshadowed by former writing partner Quentin Tarantino. Avary won an Academy Award for his contributions to Pulp Fiction (The Gold Watch chapter was based on an original script of his). In the final film, he's given a "story by" credit and, while this may seem minimal, it's more than he received for his contributions to True Romance and Natural Born Killers. Has directed the original film Killing Zoe, and adapted The Rules of Attraction to the screen. Penned the film version of Silent Hill and, along with Neil Gaiman, wrote the script for Beowulf (2007).

He can be found on Letterboxd here

, and on Vimeo here

Works by this creator: