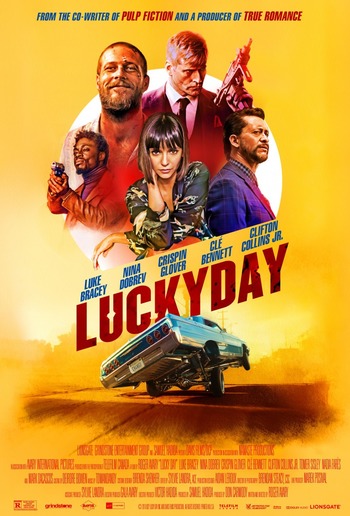 In spite of a prison release, this might not be Red's lucky day
Lucky Day is a 2019 crime/thriller film written and directed by Roger Avary. It is a spiritual sequel to Killing Zoe.

Tropes that apply to Lucky Day: