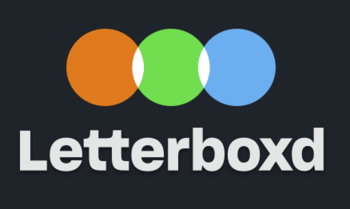 Your life in film.
Letterboxd

is a social media platform launched in 2011 that allows users to share their opinions on films. Think of it like IMDb meets Film Twitter, except with less emphasis on information and more emphasis on critique. note The site doesn't actually use data from IMDb, though it is compatible in importing data. IMDb's information proved too expensive to maintain, so the site uses data directly from The Movie Database (TMDb)

instead. Users can log the movies they watch and share reviews ranging from analytical essays to just a few brief words about a film. They can also assign movies a star rating out of five, though the ability to reward half-stars makes it a 10-point system.

Being tailored more towards cinephiles than general audiences, Letterboxd has had less problems with internet Trolling than IMDb and Flixter. It has gained steam throughout The New '10s with a heavy emphasis on user-friendly features, such as the ability for users to create and share lists (from personal top tens to notable award snubs to "films where jake gyllenhaal deserved to win an oscar for nightcrawler"

spoiler It's just Nightcrawler). Traction has increased to the point where a few indie directors and noteworthy professional critics have taken to sharing their opinions and promoting their fellow filmmakers and reviewers (such as Sean Baker, Jim Cummings, and Mike D'Angelo to name a few).

The site only covers film as a medium, though cinematic Mini Series (like Netflix's Maniac or Hulu's Devs) are also available for comment. Like IMDb, it also has a "Top 250 Narrative Feature Films"

list maintained by one of the site's patrons, as well as an "Official Top 100 Documentary Films"

in a separate list. Of course, there are countless other creative lists and reviews to be explored, and plenty of Twitter profiles dedicated to collecting overlooked gems.