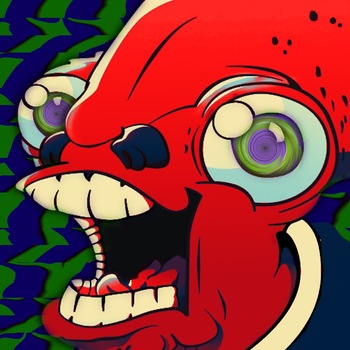 EmperorLemon (currently known as EmpLemon), real name Aaron Lemos (born February 8, 1998 in Gainesville, Florida), is a YouTuber who became famous through making YouTube Poops for all to enjoy. His preferred sources included but were not limited to SpongeBob SquarePants and King of the Hill. Some of his videos have been criticized because of 9/11 jokes and jokes that could be considered "racist", but if that's not okay to joke about, what is?

It is to be noted that he left a mildly popular group of the YTP community in 2013 (and in so doing, urged more to do the same) because of said group's announcement span (sometimes new announcements every five seconds, which would in turn cause EmperorLemon's video editing software to crash).

In 2016, Emp entered a self-embraced "downward spiral". Instead of making YTPs, he instead made rants and video essays (edited with a YouTube Poop style) reporting how broken YouTube has become as a website and creative platform. He made his retirement from Youtube Poops formal in 2020 in the wake of copyright and community guidelines crackdowns making them too much of a liability.

Since 2017, he has been gradually moving away from the "downward spiral" aesthetic and his videos now resemble documentaries more than YTPs. He has started 2 new series since then - YouTube Geographic, where he explores odd incidents in YouTube's history, and Never Ever, where he talks about the historical and cultural impact of certain figures or pieces of media. He is also well-known for his videos on NASCAR.

This creator's works show examples of...

The only thing that's for certain about TV Tropes... is that it'll ruin your life.
IT'S NEVER OGRE

Due to spending most of Airport Apocalypse being belittled, insulted, and taken advantage of; Bill gets his revenge on the Hills.

Due to spending most of Airport Apocalypse being belittled, insulted, and taken advantage of; Bill gets his revenge on the Hills.