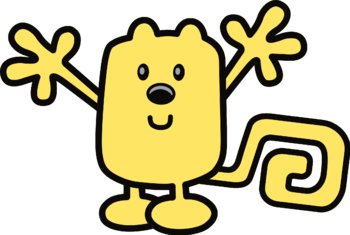 The titular main character of the show. According to the show's bible, he represents the pure child who solves problems with his child-like simplicity and sees the world through untainted eyes. He loves to play with his friends. He is also the only one of the main four with a tail.

The Gadgeteer Genius with rabbit-like ears and the owner of her own fix-it shop. Widget seems to be the "go-do-it-now" type of person. When she sees a problem she can solve, she either introduces her friends to a machine she designed for such situation, or she sets to work on building a new invention. However, no matter how simple the problem may be, she tends to build some sort of overly-complicated invention. She speaks with a Southern accent. 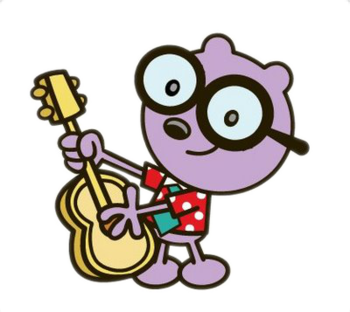 The quirky Omnidisciplinary Scientist. Walden has a passionate curiosity for everything and views the world in a unique way. He has been shown to help his friends by reading books and using science, though the Theme Tune implies he knows about art as well. 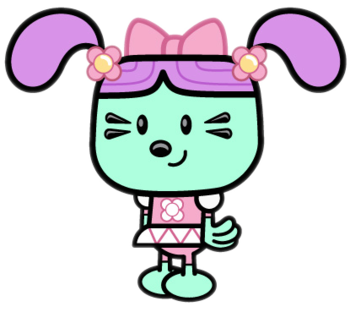 A dog-like Girly Girl introduced in season 2 with it's premiere, Who's That Girl?. She is considered to be Wubbzy's opposite, being smart, patient, graceful, and girly.