Characters / Barbie and the Magic of Pegasus 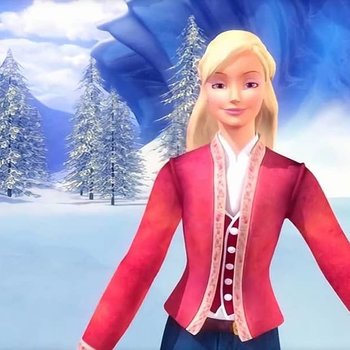 Voiced by: Kelly Sheridan
The main protagonist, played by Barbie. Annika is a free-spirited princess who loves ice skating and sets out to build the Wand of Light to save her family and kingdom. 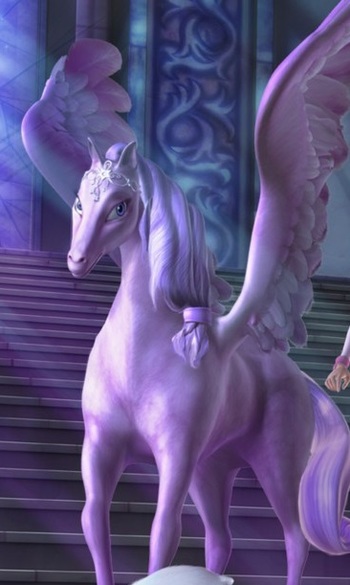 Voiced by: Lalaina Lindbjerg; Manjola Merlika (Albanian dub), Myrra Malmberg (Swedish dub), Beata Jankowska-Tzimas (Polish dub), Afrodita Androne (Romanian dub)
The secondary protagonist. She is a talking pegasus who was once human, but was cursed by Wenlock. She helps Annika on her quest to make the Wand of Light in the hopes of breaking her curse.
Aidan

A wandering blacksmith who joins Annika on her quest for the Wand of the Light.