Characters / A Song of Ice and Fire - House Stark Ancestors

This is a listing of ancestral members of House Stark in A Song of Ice and Fire.

"They ruled as Kings in the North for thousands of years. Hard men for a hard time."

The Starks are an ancient house descended from Bran the Builder, a legendary figure from the Age of Heroes said to have raised their ancestral home at Winterfell thousands of years in the past, as well as the Wall. They are descendants of the First Men and still follow some of their ancient traditions and the old gods of the forest. The Starks were Kings of Winter in the north for eight thousand years since the Age of Heroes, possibly beginning with Bran the Builder.

No precise lineage of House Stark is known before approximately 100 AC.

Lord Rickard Stark, Ned's father, had a long, stern face. The stonemason had known him well. He sat there with quiet dignity, stone fingers holding tight to the sword across his lap, but in life all swords had failed him.

The previous Lord of Winterfell and father of Eddard, Brandon, Benjen and Lyanna. He was the son of Edwyle Stark, himself son of Willam Stark and Melantha Blackwood, and Marna Locke. Killed at the order of the Mad King.

"Brandon. Yes. Brandon would know what to do. He always did. It was all meant for Brandon."
— Ned Stark

Eddard Stark's older brother, Brandon was the heir to Winterfell and originally betrothed to Catelyn Tully. However, he died alongside his father at the hands of the Mad King Aerys II. 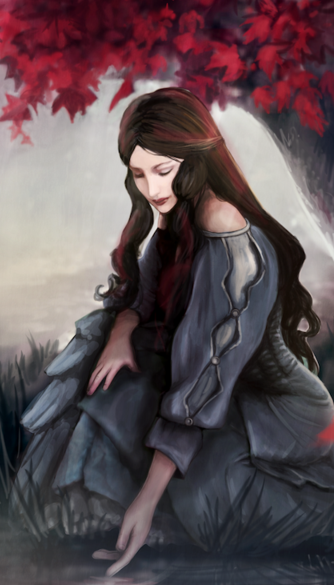 "That's my father's man you're kicking," howled the she-wolf.

Ned's younger sister, Lyanna was betrothed to Robert Baratheon before Rhaegar Targaryen abducted her, starting the Rebellion. She died from unknown causes in "a bed of blood" when Ned found her.

Wardens of the North

Brandon Stark, also called Brandon the Daughterless, was supposedly the Lord of Winterfell when the legendary Bael the Bard was just a common wildling raider.

Lord of Winterfell during the reign of King Jaehaerys the Wise.

The Old Man of the North 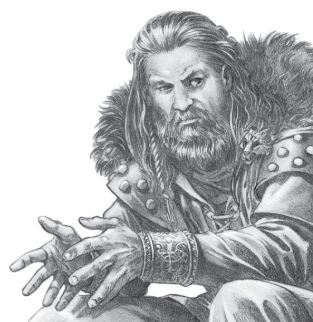 Lord of Winterfell during the Dance of the Dragons all the way to the days of Aemon the Dragonknight. He was the son of Rickon Stark, himself son of Benjen Stark and Lysa Locke, and Gilliane Glover. He was married three times, to Arra Norrey, Alysanne "Black Aly" Blackwood, and Lynara Stark, and had a total of ten children by his wives.

Beron Stark was Lord of Winterfell and head of House Stark during the reign of King Aerys I Targaryen. He was second son of Lord Brandon Stark and Lady Alys Karstark. He married Lorra Royce and had seven children, Donor, Willam, Artos, Berena, Alysanne, Errold, and Rodrik.

Artos Stark, also known as Artos the Implacable, was a member of House Stark during the reign of Aerys I Targaryen.

Kings of Winter/Kings In The North

Brandon Stark, known as Brandon the Breaker, was a King of Winter and Lord of Winterfell. When the thirteenth Lord Commander of the Night's Watch took a wife and declared himself the Night's King, Brandon amassed a joint force of Northerners and Wildlings to remove him.

Brandon the Shipwright, was a King in the North and a head of House Stark.

King Brandon was known as Brandon the Shipwright, due to his love of the sea.

King Brandon Stark, better known as Brandon the Burner, was the son of Brandon the Shipwright.

Edrick Stark was a King in the North.

Brandon "Ice Eyes" Stark was King in the North, Lord of Winterfell and great grandson of Edrick Stark.

Rickard Stark, known as the Laughing Wolf for his good nature, was a King in the North and a member of House Stark. He was the son of King Jon Stark.
King Theon Stark

One of the most fearsome Stark kings who ever lived, he fought off the Andal invasion of the North, as well as several Ironborn invasions and a rebellion in the Rills, before joining the Night's Watch in breaking the power of the wildings so badly they needed a generation to recover.

The King Who Knelt 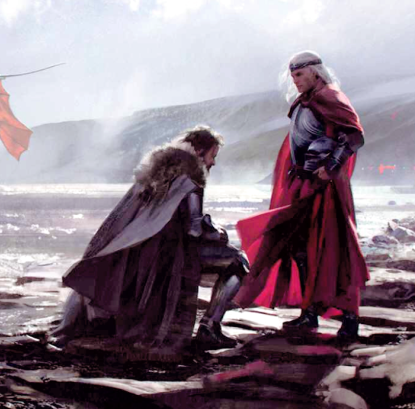 The last King in the North and first Lord Paramount and Warden of the North.

Osric Stark
Osric Stark was a man of the Night's Watch who became Lord Commander at the age of ten.

The bastard half-sister of Lord Cregan Stark. According to Mushroom, when Jacaerys Velaryon came to the North to gain the allegiance of her brother, the two grew quite fond of each other. Some doubt she existed in the first place.