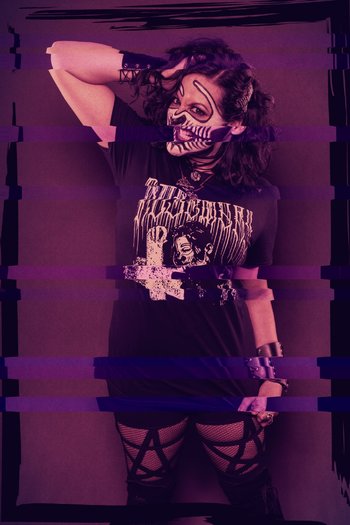 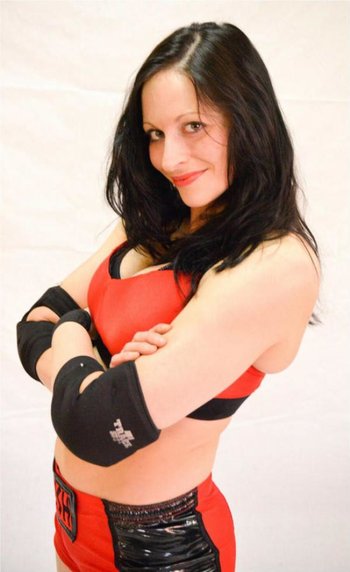 Holly Letkeman (born November 29, 1983) is a Canadian professional wrestler and occasional actress currently signed to Impact Wrestling (formerly TNA) under the ring name Rosemary. She formerly was known as Casey Maguire and PJ Tyler in the independent scene, but is better known by the ring name of Courtney Rush in SHIMMER where she is a one-time Tag Team Champion with Sara Del Rey.

Trained by Scott D'Amore at his wrestling school alongside Johnny Devine and Tyson Dux, she started out as a straightforward "suplex master". PJ Tyler's first title belt was won in Great Canadian Wrestling and as Rush she won another two years later in Magnificent Championship Wrestling. It was not until Courtney Rush discovered a love for Michael Jackson and dancing, slowly becoming a goofy wrestling "therapist" trying to share this love with opponents, that her career really started to take off. She would ride a wave of success from the international attention this attitude brought her in SHIMMER, not only winning title belts in Tri-City, Acclaim, Pure Wrestling Association and nCw Femme Fatales of her native Canada but also taking the Bellatrix World title in the UK.

All looked right for Rush, until a fateful event at SMASH Wrestling's CANUSA Classic in 2015 with fellow Canadian wrestler Cherry Bomb, led to Rush being humiliated, beaten down and her hair cut off while unconscious in front of the audience. Tormented by the experience, she implied that she began to share her soul with a demon, speaking about herself in plurals and taking to wearing demonic facepaint.

In early 2016, she arrived in TNA as the manager for Crazzy Steve and Abyss as part of a new stable known as Decay. Serving only as Decay's manager for most of 2016, she helped the team to attain the tag titles, which they held for several months. She began actively competing near the end of 2016, becoming the Knockouts Champion and having several hard-fought matches to retain the title.