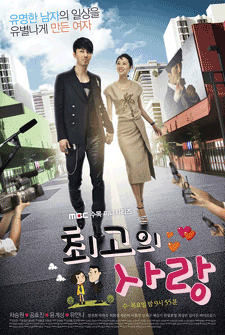 The romantic comedy stars Gong Hyo-jin as Gu Ae Jung, a former member of an idol group National Treasure Girls, who is still clutching to the last shreds of her notoriety 10 years later. Her fortune changes when she is cast on a dating variety show, Couple Making Season 3, where the main lead is non-celeb doctor, Yoon Pil Joo. The show's host is Ae Jung's former groupmate, Kang Se Ri, who happens to be in a contract relationship with movie star Dokko Jin (played by Cha Seung-won). Hilarity Ensues when Jin falls for Ae Jung.

This drama provides examples of: