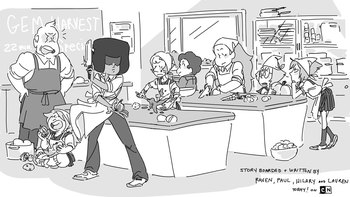 Steven's visit to the barn has him meeting one of his dad's relatives.