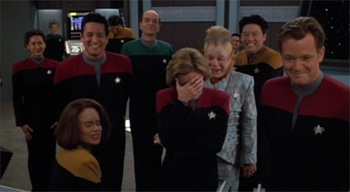 "Ha, is that what Vulcan penises actually look like?!"

Voyager comes into contact with a species of aliens with technology that enables them to put others to sleep, locking them in a dreamlike state.