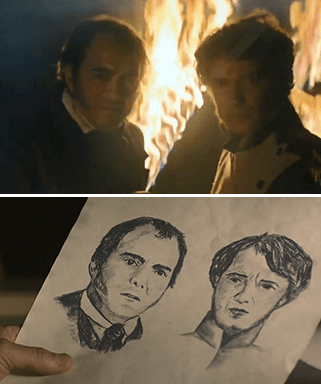 In TV, the sketch artists who work for the FBI or the police, even if they just work at a minor metropolitan precinct, are talented almost to the point of clairvoyance. They could be taking a description from a drug-addled hobo who saw the suspect for about four seconds from a hundred yards away, and the resulting picture will be so accurate that you'd think the suspect posed for it. In real life, of course, police sketches are somewhat less precise.

Also falling under this trope are the experts who perfectly reconstruct someone's face off of four square inches of decaying skull, and computer aging. (In the real world, though, the latter has on occasion proven freakily accurate, making it at least sometimes a case of Truth in Television.)