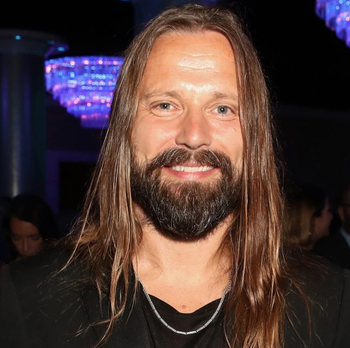 Martin began his music career in the 1980s, originally as the lead singer of the Glam Metal band It's Alive, who got signed in 1991 to Cheiron Records, whose label head Denniz Pop saw his talent for pop songwriting, mentoring him at the label's namesake studios. By the mid-to-late 90s, the two had found international success producing hits for Ace of Base and the Backstreet Boys, which they continued through to the end of the decade working with acts such as Robyn, *NSYNC and Five. However, by that point, Pop was severely ill with stomach cancer, dying in 1998 at the tragically young age of 35, with the last song the two worked on together being Britney Spears' "...Baby One More Time". Martin then took over as the head of Cheiron Studios, mentoring a young producer named Rami Yacoub in the same way Pop had done for him. With Yacoub, Martin then produced a further series of hits for Backstreet, Spears and Céline Dion before closing Cheiron in 2000, opening his own studio, Maratone, which then became his current companies MXM and Wolf Cousins.

By the early Noughties, the late-90s teen-pop style (sometimes called the "Cheiron Sound") was starting to date, and Martin's hits began to dry up (with Britney replacing him for most of her third album with The Neptunes), until the mid-2000s when, drawing on his history in rock and metal, and with a new collaborator in guitar prodigy Lukasz "Dr Luke" Gottwald, he reinvented himself as a producer of bombastic pop-rock, spearheaded by his work with Kelly Clarkson, P!nk, The Veronicas and Avril Lavigne, before finding even greater success in the late-2000s/early-2010s dance-pop boom, scoring hits with Spears, Katy Perry, Kesha, Usher, Nicki Minaj and Justin Bieber.

By the late-2010s he had moved into more Synth-Pop territory, working with Taylor Swift (producing much of 1989), Ariana Grande and spearheading The Weeknd's Genre Shift into mainstream pop, first with his mainstream breakthroughs (Ariana's "Love Me Harder" and his own "Can't Feel My Face") and then "Blinding Lights", among one of the most successful single of all time.

As a person, Martin is notoriously reclusive, rarely granting interviews, though he began to become more public in The New '20s with the staging of & Juliet, a jukebox musical based on his work.

Artists produced for (in alphabetical order):