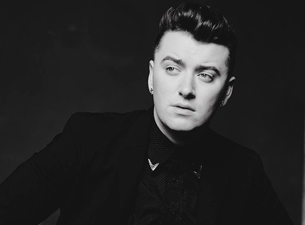 Samuel Frederick Smith (born 19 May 1992) is an English singer-songwriter.

Smith primarily performs in the R&B genre while borrowing elements of pop, soul, rock, electronica and folk. Their first success came when they were featured on the songs "Latch" by Disclosure, and "La La La" by Naughty Boy. Eventually, they won the 2015 Grammy for Best New Artist, 2014 BRIT Critic's Choice Award and the BBC's Sound of 2014 poll, and their debut album In the Lonely Hour was released in May 2014. Smith performed the title theme for the James Bond film Spectre, "Writing's on the Wall", netting the Golden Globe and the Oscar for Best Original Song (much like fellow-Brit Adele did for its predecessor Skyfall).

Smith came out as non-binary in March 2019

, and has used they/them pronouns since September 2019

Oh, won't you trope with me?/'Cause they're all I need: