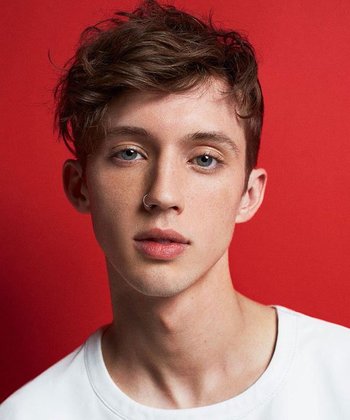 Though starting his career with a focus in music, even releasing an EP at the age of twelve (2007's Dare to Dream), Sivan first made a name for himself as an actor. He notably portrayed a young version of the Marvel Comics character Wolverine in 2009's X-Men Origins: Wolverine, sharing the part with Hugh Jackman. He also appeared in the title role of the Australian Spud trilogy from 2010 to 2014.

During The New '10s, Sivan began vlogging on YouTube, using the platform to promote his music and connect directly with fans. Around this time, he also publicly came out as gay, and is perhaps one of the most influential queer figures in pop culture because of it.

After putting out his first EP in years —the June Haverly EP— in 2012, Sivan's music career regained steam in 2014 with the release of the TRXYE EP, which was followed by his debut studio album Blue Neighbourhood a year later.

Blue Neighbourhood was an international chart success, peaking within the top 10 of many countries, including his native Australia and the United States. The single "Youth" was also a hit, peaking at #23 on the Billboard Hot 100 in America. His sophomore effort is expected for release in 2018.

He provides tropes of: