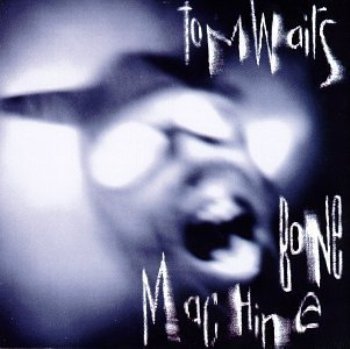 Such a scream.
What does it matter, a dream of love or a dream of lies?
We're all gonna be the same place when we die.
Your spirit don't leave knowing your face or your name.
The wind through your bones is all that remains.
Advertisement:

Bone Machine is the eleventh studio album by Tom Waits, released in 1992.

Recorded in the cellar of a music studio (described by Waits as "just a cement floor and a hot water heater" and chosen because he liked the echo there), the album showcases a Darker and Edgier sound than his previous work. It was Waits's first studio album since Franks Wild Years (1987) and is best recognized for the tracks "Earth Died Screaming," "Goin' Out West," and "I Don't Wanna Grow Up."

Not to be confused with the Pixies song of the same name, which can be found on Surfer Rosa (1988).

The Earth Died Screaming While I Lay Troping: