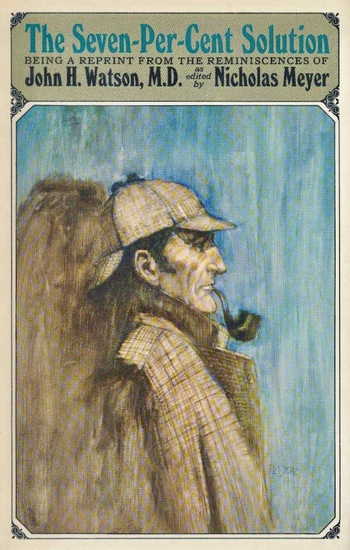 The 1976 film version, with a screenplay by Meyer, was produced and directed by Herbert Ross, and starred Alan Arkin as Freud, Vanessa Redgrave as Lola Devereaux, Robert Duvall as Watson, Nicol Williamson as Holmes, and Laurence Olivier as Moriarty. It also featured Charles Gray as Mycroft, a role he would later reprise in the Granada series with Jeremy Brett.

Meyer wrote four sequels to the novel: 1976's The West End Horror, which has Holmes interacting with the theatrical and literary community of Victorian London while trying to solve a series of murders; 1993's The Canary Trainer, in which he encounters a certain spectral presence while anonymously playing violin in Paris between the events of the first two books; 2019's The Adventure of the Peculiar Protocols, in which Holmes and Watson travel from London to Moscow in 1905 investigating an Ancient Conspiracy ; and 2021's The Return of the Pharaoh which takes Holmes and Watson to Egypt on the trail of a missing nobleman and the lost tomb of an Egyptian prince crossing paths with Howard Carter.