Literature / The Labours of Hercules 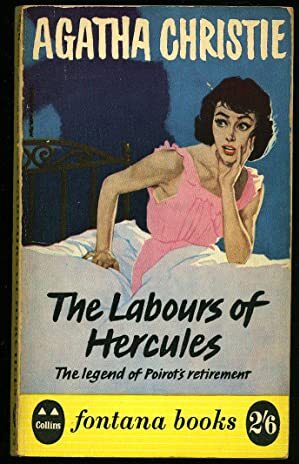 The Labours of Hercules is a 1947 short story collection by Agatha Christie, comprising twelve stories which had been published in periodicals.

Hercule Poirot, near retirement, is visited by a Dr. Burton, and their meandering conversation touches on Hercule's unusual name. It inspires him to look into Classical Mythology, only to leave him appalled by the discovery that, by his standards, his namesake is nothing more than a brutish criminal. Still, he finds resemblance in the twelve labours, where Hercules was instrumental to overcoming each threat to society. Thus, he resolves to become the "modern Hercules", taking on twelve more cases before retiring:

The stories include examples of the following tropes: