Literature / King of the Wind 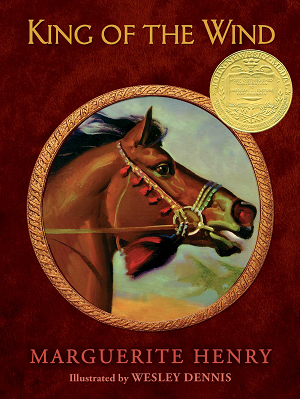 King of the Wind: The Story of the Godolphin Arabian is a Newbery Medal-winning 1948 novel by Marguerite Henry, best known as the author of Misty of Chincoteague.
Advertisement:

As the title states, the book is a fictionalized biography of the Godolphin Arabian

, one of the three foundation sires of the Thoroughbred horse breed.

"His pedigree has been lost. It is written in his sons."